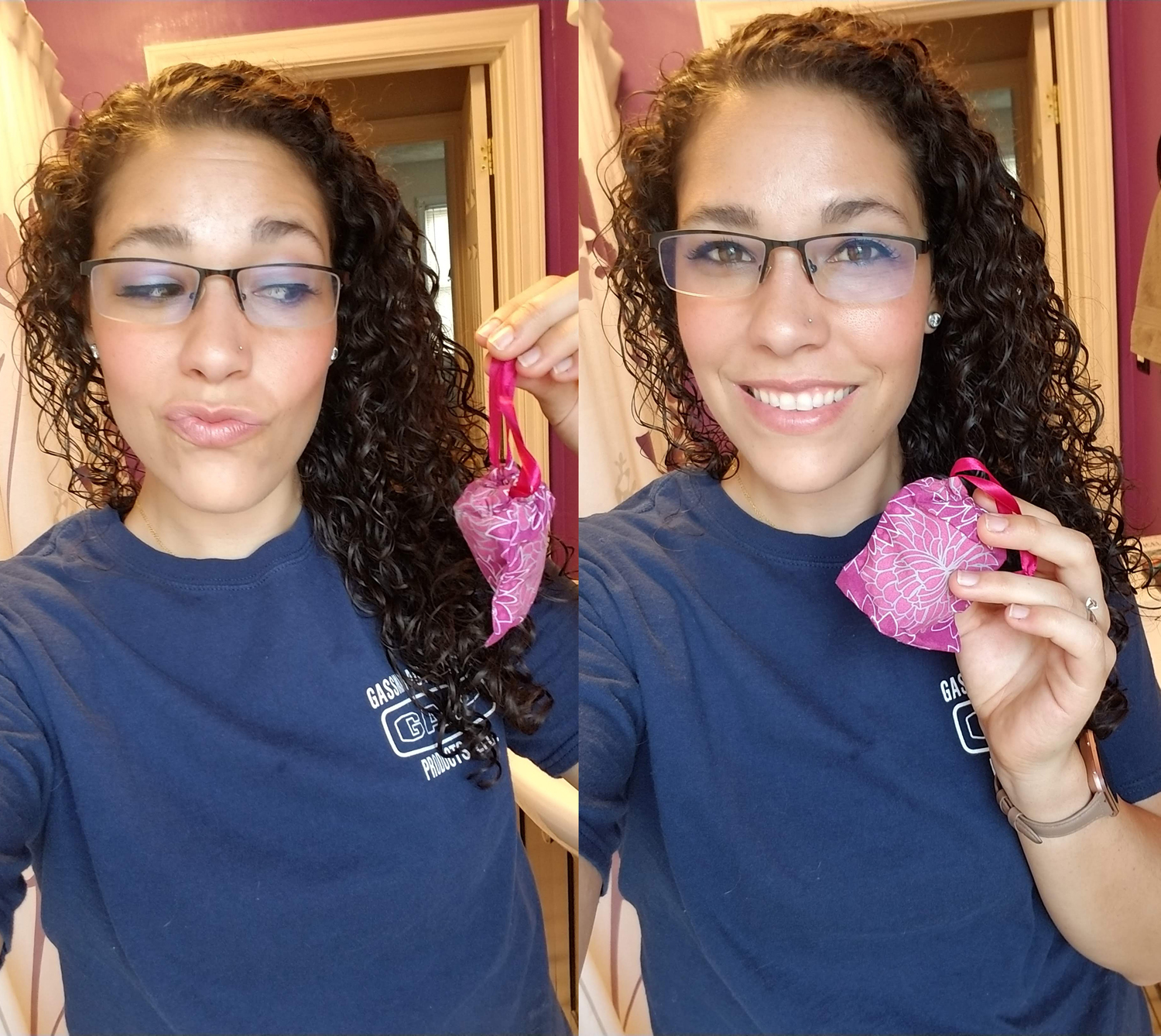 Ok, I have been wanting to talk about this topic for a few months now, but instead I have just kept putting it off. Well, the time has come. I feel like I have to share my opinion/revelation/findings with the world so there is, ya know, another voice on the internet talking about periods. (But for those of you reading this, at least it is someone you probably know and maybe my opinion will count a little more… 🤷‍♀️)

Which means fellas, this post probably isn’t for you. ✌️ (Can’t say I didn’t warn you…)

I am going on 30 years of age, and have had a period every month since I was about 13 or so. I’m assuming most of you women can relate to me there. I have STRUGGGGGGLED with tampons, pads, liners, etc. every month – spending a shit ton of money, littering the earth, making my crotch smell like weirdly scented items, and bleeding through just about ever pair of panties that I own. I’M OVER IT.

Without drastic measures, there really isn’t a way to get rid of the dreaded period, and up until recently, no real solution in sight. Just suffering through a week or so each month of constantly carrying around tampons, worrying if I’ve bled through my underwear with my “heavy flow,” and just dealing with an all around gross feeling. There HAS to be a way to make our cycle a little more bearable… right?! Because let’s be real, at 30 years old, I truly have no desire to deal with pee soaked tampon strings anymore. NO MORE.

As with most topics I talk about, people can be very opinionated when it comes to the cups… and I, too, have a very strong opinion about how life-changing they are once you get past the “learning curve.” I FREAKING LOVE MINE, and will never go back!!! I bought a Diva Cup at CVS probably over a year ago, eagerly came home and decided to try it out to see how it felt while I didn’t have my period so I would have an idea of what to expect when the bleeding started… and I have to admit, I was a bit shocked. Putting it in was relatively easy, although a little dry (LOL, lesson learned there)… but when the time came to remove it, I was like 😳😳😳. It was like STUCK in there. I panicked. I tried pulling and pulling, but the suction was too strong and I immediately thought to myself that the end was near and I was going to die like this. Then I breathed for a minute, calmed the eff down, and wiggled it out.  I then stuck that baby in my drawer and didn’t touch it again for like 10 months. 🤦

I continued to use tampons because I was just terrified of actually having to USE that thing during the bleeding. Just scared me… and now I realize how silly I was. I kept hearing people rave about these things, and my facebook ads were LOADED with different brands showing off their cool cups, and I have to admit I got a little FOMO. So I drug that cup back out, got on youtube, and started watching videos. I found this girl with AMAZING information about insertion, removal, her tips, etc. and all of a sudden I thought to myself, “Ok, I can freaking do this.” I loved her videos so much, that I am going to insert it in here for you to watch should you decide you want to venture into the world of menstrual cups with a bit of a clue of how to use them. (Do yourself a favor and watch it, her video is awesome.)

Here is her video about removal, which might be even more important if you want to learn how to confidently make the switch.

Sarah, along with many other women in the comment sections of ads and posts and such, struggled with the removal… which was also my big turn off the first time I tried it. Thanks to her videos and a bit of practice, I had the cup mastered in one cycle, and by the time my next period came next month, I didn’t have any issues whatsoever. I think Sarah (and plenty of other ladies on Youtube) cover the real tricks of how to use the cup, so I won’t go into great detail here. Instead, I just want to tell you about all the positives I have found since making the switch:

No more leaks, no more period smell (seriously, I think this is my favorite part), I empty it once in the morning and once before bed – and let me stop here for a second and elaborate. I used to wear the regular to jumbo sized tampons and would bleed through them if I didn’t change them every couple hours… and I would rather wait too long to change them and have them leak than change them early. Is there really a worse or more painful feeling than removing a too-dry tampon??? Since switching to the cup though, I found the amount of blood that comes out is far less than I pictured. Tampons make it look like you might die soon with as much blood as they appear to hold. So not the case! I was shocked….

Ok, back to the positives – no more buying tampons or pads, no more carrying them around with you everywhere, no more having to throw away the gross used ones, and I feel like my environmental impact is less, I can easily workout or swim without fear of having to stop to change. Pretty much everything is improved with a cup.

Obviously using a cup and having to dump and clean it makes you become a little bit more personal with your period, but honestly, I don’t care. I would much rather clean it twice a day than deal with all the old period shit.

So with all that said, those are my feelings and my personal experience with a cup. Been using it now for about 4 months I believe? I am just annoyed at myself that I waited this long. Life changing!!!

I am curious… do you use a cup? Have you ever tried one, but didn’t like it? What is stopping you from trying one? Tell me in the comments.

By the way, please watch Sam’s video about the Diva Cup (which is the same one I use). I was like crying laughing so hard… but she is so real. Also, love her makeup videos too…